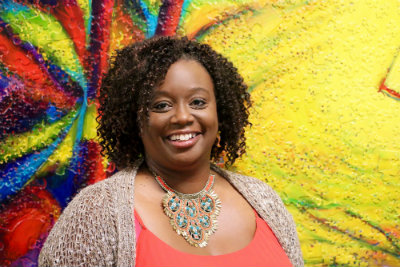 Megan Addison and Gwyn Williams attended the FRONTIERS IN URBAN SCIENCE EXPLORATION (FUSE) 3.0 Winter Institute January 12-13, 2017 held at the Nashville Public Library in Nashville, Tennessee.  It was hosted by Every Hour Counts.  Here is Gwyn’s review of the experience!

The purpose of the FUSE Conference was to gather stakeholders from various cities to meet and discuss the connections between STEM and SEL. I will admit, before Collective for Youth was invited to this meeting I never thought about how STEM and SEL are inter-connected. After doing some initial research, I started to see the connection. Day one of the two-day institute, we reflected on our work to date. Every city was asked to bring in artifact that represents or spoke to our city’s systematic efforts to strengthen, build and scale the FUSE 3.0 work. Artifacts could include, but not limited to, student work, a photo, lesson activity, an object, song, and/or quote. Megan and I had five minutes to introduce ourselves, present our artifact and explain how it connects to our work. Megan and I brought 100-foot rope for our artifact. We had every participant move to the front of the room and form a circle, Megan started with one end of the rope. As I handed parts of the rope to different people standing in the circle, I told them what they represented as part of the Collective for Youth story. The end of our story, many people were holding part of the rope and some people did not have any rope. I told them that the rope represented the “Web-like” connections that were formed in our city around After-School and the people without rope represented the connections that still needed to be made in order for no children to fall through the cracks of After-school.

Every Hour Counts believe that both STEM and SEL are so essential and relevant. However, for after school groups with limited staff time and budgets it would be much more efficient and powerful for students if the efforts were integrated instead of creating separate silos for each. Every Hour Counts has examined the CASEL model for SEL. The CASEL model focuses on five areas: self-management, self-awareness, social awareness, relationship skills, and responsible decision-making. After examining the components of each domain, I understood the necessity to integrate SEL with STEM.